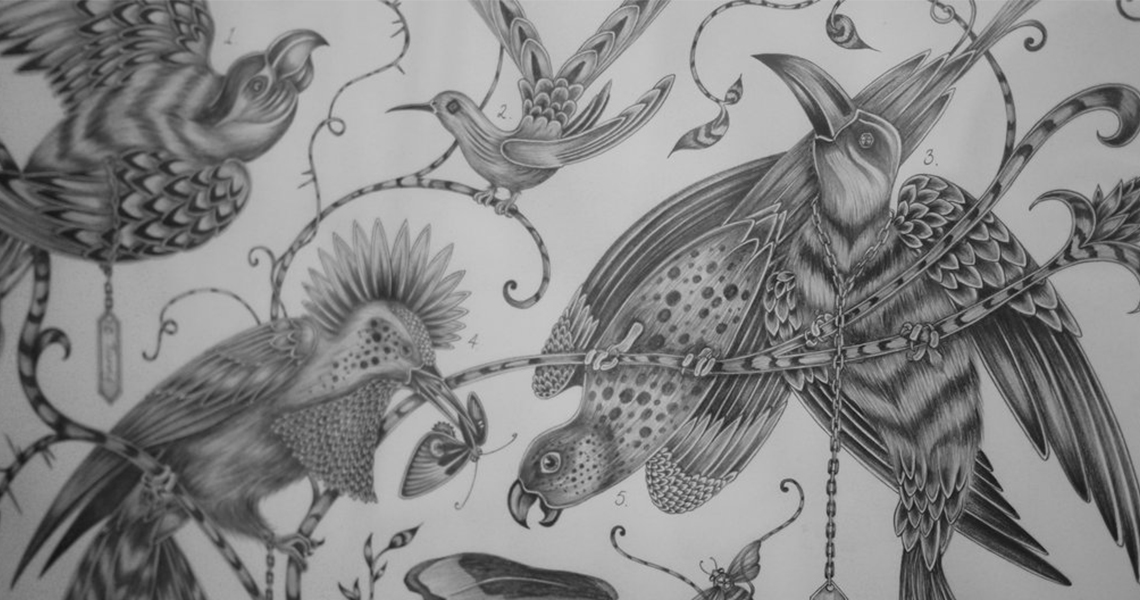 To celebrate our upcoming birthday, we'll be reminiscing over some of our favourite designs from the past 5 years in the lead up to the big day in September. To start off our look-back, we invite you to take a closer look at the fantastical Audubon design, which speaks of tropical summer nights and celebrates fantastical exotic birds and their habitat. One of the main inspirations for the collection was the work of botanical artist John James Audubon. Known for his detailed studies and illustrations depicting American birds in their natural habitat, Audubon was an ornithologist and artist, creating a large body of work building upon his extensive observations. He first rose to fame through the 435 magnificent paintings he created for his landmark work, "Birds of America," which detailed more than 700 bird species and was first published as a series on a subscription basis between 1827 and 1838. However, as impressive as that sounds, he did shoot and kill every bird he painted - Audubon was a noted hunter and taxidermist. Although he was known to state "The moment a bird was dead, no matter how beautiful it has been in life, the pleasure of possession became blunted for me", which makes us feel slightly better... He captured many types of birds including Owls, Herons and Woodpeckers, depicting them in their natural habitat with nest and egg studies, focusing on the birds' movement and poses. His paintings began using watercolour, then were reworked with pastels or coloured chalks to portray the softness and vibrant colours of feathers. We love the fine detail in the illustrations and seeing such a beautiful variety of these delicate creatures. It's no wonder that the incredible work of Audubon inspired our incredibly meticulous Audubon design - and it's no wonder that The National Audubon Society was named in his honour, founded in 1905.

In the meantime, browse more of our sketches here and shop our scarf collections featuring creatures of the sky here.