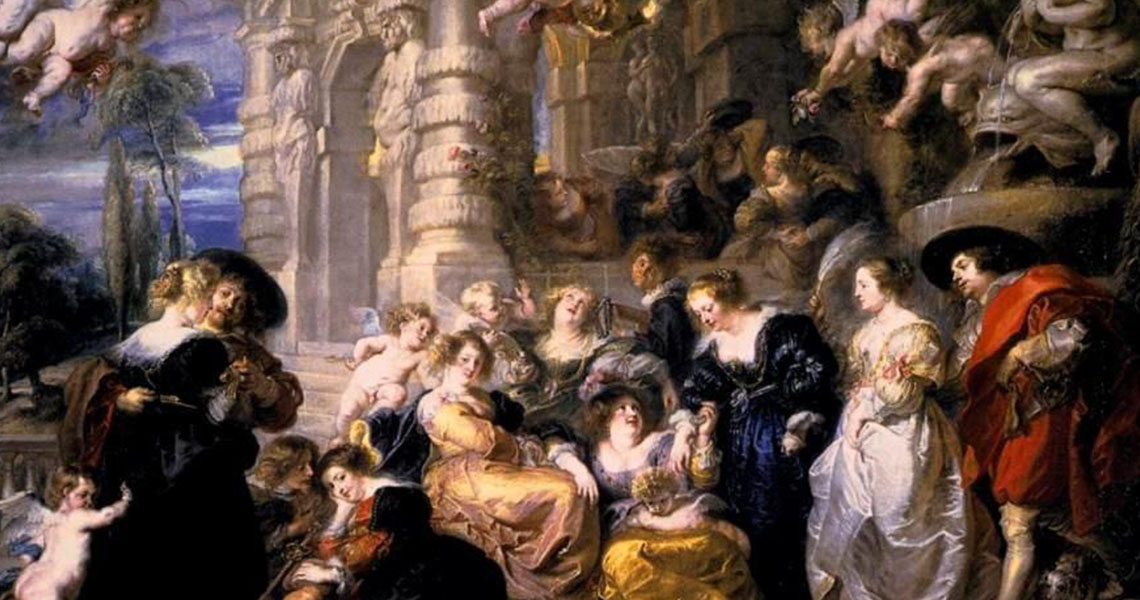 London's Most Romantic Works of Art

London's Most Romantic Works of Art

At this time of year it's hard to get away from the fact that Valentine's Day is around the corner and the world is busy embracing love in every shape and form. Here at Emma J Shipley, we're celebrating the big V-Day in our own unique way by taking you on a tour of London's most romantic works of art that are currently on display across the capital. Forget tacky cards and flowers and take a leaf out of the original romantics such as Botticelli and Rubens, who portrayed their versions of true love through their paintings and sculpture. We've picked five artworks to get your heart beating and inspire you to create your own romantic masterpiece this Valentine's! The tour begins here...

Venus and Mars, Sandro Botticelli at The National Gallery

The painting Venus and Mars by Botticelli is widely regarded as one of the greatest tributes to the 'conquering and civilising power of love' - and what could be more Valentine's-appropriate than that? The artwork depicts Mars, God of War asleep in a forest setting whilst his lover, Venus sits awake and watches the mischievous satyrs try to wake him. An early Renaissance painting, Botticelli captured a playful scene that highlighted the importance of love through Venus's powerful and composed nature. The painting is on show at the National Gallery, an ideal spot for an afternoon of cultural exploration this Valentine's Day!

The Whirlwind of Lovers, William Blake at Tate Britain A constant source of inspiration here at Emma J Shipley, we felt like Romantic painter and printmaker William Blake had to have a spot on our tour of artistic love! 'The Whirlwind of Lovers' can be discovered at Tate Britain, along with a selection of his other works. Blake saw mind and body and intellect and emotion as both unified and in conflict with each other, and this theme can be seen in this dramatic piece by the artist. It is believed that the scene shows the wind of the uncontrolled passions of Dante and Virgil - two lovers both at conflict and in love with one another. The swooping pencil strokes are typical of Blake and illustrate the sometimes dramatic and rocky path to true love, something we can only empathise with...

The Garden of Love, Rubens at The Royal Academy Book a date to the Royal Academy on Saturday 14th as their Rubens exhibition is open until 10pm and you can view works from this much celebrated Baroque painter. We were particularly taken by the beauty and history displayed in his The Garden of Love painting, where a party scene is unfolding amongst the company of a group of cherubs and plenty of dancing and merry-making. Inspired by the move Rubens made with his new wife to a countryside estate, it is believed that the couple dancing on the right are Rubens himself and his elegant wife. It was even rumoured that the other faces featured in the painting are his wife as well - a true sign of devotion that we couldn't ignore when compiling our romantic tour...

Cupid and Psyche, Rodin at the V&A French sculptor Auguste Rodin was inspired by the works of Michelangelo and this can definitely be seen in his sculpture of Cupid and Psyche, which is on show at the V&A. The marble sculpture shows a tender embrace between Cupid and Psyche - a story of divine love descending to earth and Cupid falling in love with a beautiful mortal. Rodin was renowned for showing emotion and passion through his detailed, textured surfaces and he believed that an individual's character was portrayed most clearly through their physical features. The romance of this sculpture comes from its simplicity and the close bond that can be seen between the two characters. And where could be more atmospheric to view it than the beautiful rooms of the V&A?

Love in a Tangle, Edward Burne-Jones at The British Museum Nothing says romance like flowers, and Edward Burne-Jones' series of watercolours from his 'The Flower Book' collection are all inspired by the names of particular blooms. However flowers feature very rarely in the series of artworks, with his wife stating that 'Not a single flower itself appears'. The British Museum is home to this beautifully intricate selection of watercolours, including 'Love in a Tangle'. The circular piece features Ariadne, who gave her lover Theseus a ball of golden thread to unwind whilst he searched through a labyrinth for a minotaur. Here she waits anxiously for her true love to follow the thread back out of the maze - a far more thoughtful and potentially tragic impression of love that we can't help but appreciate. Visit the British Museum at night to see the ancient building lit-up in the dark - and don't miss Edward Burne-Jones' stunning works.